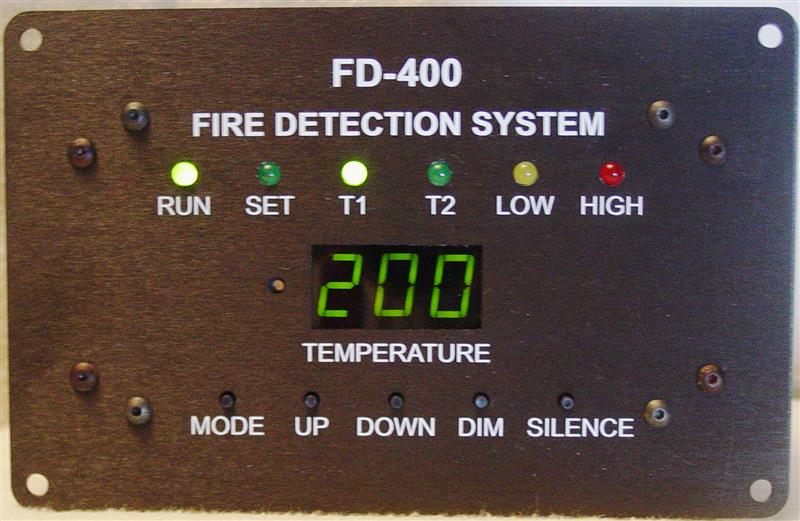 The first product we developed.  We began defining the product in 2003 and had the first beta test units in the field in July of 2004.  Here is a description of the product:

The FD-400 Fire Detection Monitor is a micro controller based system.  It was originally designed to give the motorhome owner a reliable early warning of a probable fire in either the engine or generator compartment.  In addition to the motorhome market, the product has been used in several other applications such as stationary generators, and specialized vehicles.

The monitor incorporates several fail-safe features and the display assures the owner that the unit is functioning and ready to notify the owner of a problem.  It has two levels of alarms for each compartment.  The first level is an advisory alarm that the owner sets, based on historical temperatures of that compartment.  The second (or “high”) alarm level is set to a fixed temperature that indicates a very high probability of a fire.  If a high-level alarm is triggered, a dry-contact relay is activated.  This relay can be used to activate a fire suppression system.  It can also trigger secondary functions.

The monitor is enclosed in an anodized aluminum enclosure which is designed to be flush mounted in the dash area, but it can also be easily mounted in other locations using an optional bracket.  The faceplate is 7.0 by 4.5 inches.

The installation/owner manual is located here